The beginnings of Hajrudin Diman’s artistic work are marked by a fascination with the graphical technique of the woodcut. The drafts of his graphical sheets are ink drawings which remind of sumi-e paintings that originate in the Japanese Zen tradition. The coloured woodcuts on large-sized Japan paper represent the revival of this particular eastern tradition in a new context. Even as a postgraduate student of graphics at the Academy of fine arts in Sarajevo, Hajrudin Diman exhibits at renowned international biennials of graphic arts in Ljubljana, Krakow, Varna, as well as at the Biennial of Yugoslav Graphic Art in Zagreb. In this period the artist creates posters for the Youth theatre in Sarajevo and together with Adila Diman works as a scene designer for theatre projects all across former Yugoslavia. Since 1992 he lives and works in Austria as a freelance artist. In 2005, he founds the Open Atelier in Wolkersdorf together with Adila where both of them conduct art classes and creative workshops. Since 2008, Hajrudin Diman works as an Art teacher at the High School of Deutsch-Wagram and since 2010 he conducts a branch of the state-initiated Youth Art School in Lower Austria. Besides his educational work, he realizes projects in the fields of sculpture, graphic design, artistic graphics, calligraphy, illustration and theatre. In his newest works, Hajrudin passionately returns to graphics and analyzes the possibilities of woodcut technique. He explores the tension between a systematic approach to analog and digital printing in their combination and the meaning of the traditional woodcut technique in a highly technologised society.

He took part in many group and single exhibitions in Austria, Bosnia and Herzegovina, Slovenia, Croatia, Poland, Bulgaria and the Netherlands. His works are located in the Graphic Collection of the National Gallery of Bosnia and Herzegovina, in the Artothek of the Austrian Ministry for Culture as well as in the graphic collections of the City of Vienna and Lower Austria.

After completing her studies at the Academy of fine arts in Sarajevo, Adila Diman works as a costume designer in theatres all across former Yugoslavia – in Sarajevo, Tuzla, Zenica, Osijek and Zrenjanin. She was awarded for the entire visualization of the performance „Cinderella“ at the Biennial of puppetry in Bugojno. Having left wartime Sarajevo by the end of 1992, she continues her artistic work in Austria. In this period emerges a series of textile artworks in which Adila sublimes her experiences from both costume designing and the technique of gravure printing. In 1995, she finishes her master studies at the University of Hull in the United Kingdom in the field of counselling at the chair for psychology on the subject „The use of Art Therapy in the work with traumatized children“. Since 2004 she has a private practice for counselling and personal growth. Since 2008 she conducts an art and art therapy project in the retirement home in Wolkersdorf. Within the framework of the Open Atelier which she founded together with Hajrudin, she takes part in the realization of art workshops, conducts painting courses and works as a costume designer for theatre projects. 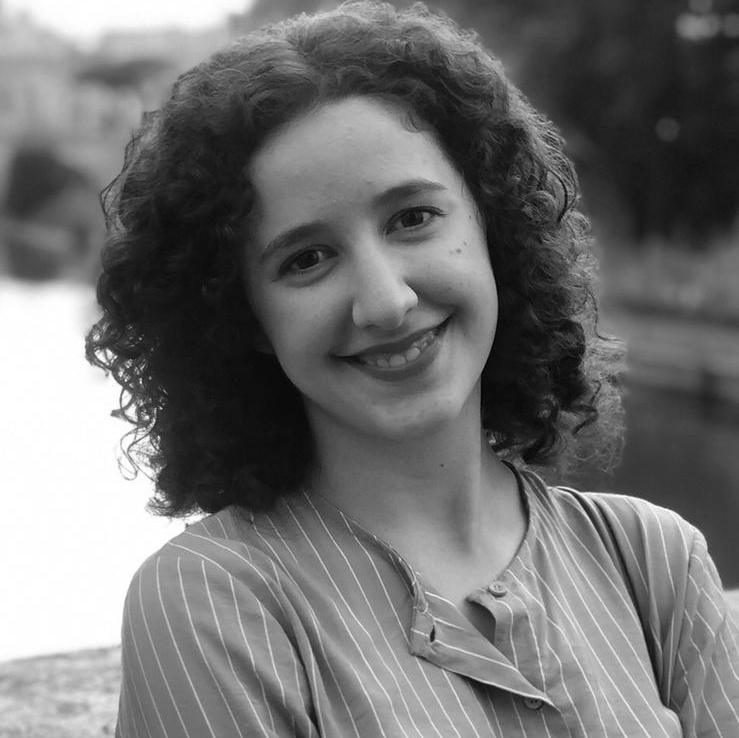 With her studies in Transcultural Communication and Translation, Esma is our link to the public. She writes and translates the texts on our homepage and communicates with our clients – bei it in German, Bosnian/Croatian/Serbian, English or French.

Esma has worked as a cultural mediator in Austria’s renowned Schallaburg Castle, illustrated a children’s book and also gained some experience in pedagogical work leading an interactive reading class for bilingual pupils. Currently, she is continuing her university education in Conference Interpreting while simultaneously working as a translator in both the spezialized and the literary field.